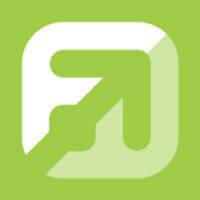 Among the various new features and improvements introduced with Apache Syncope 2.0.3 Jazz, there is the native support provided for Flowable BPM, the raising star of Open Source workflow management systems.

Started as a fork from Activiti, the project is quickly getting traction because of its open character and technical goodness, which led its team to release the long-awaited 6.0.0 in short time, almost right after the fork.

For this reason, the Apache Syncope team decided to completely switch to Flowable for the next major version Syncope 2.1 Fusion, while already providing an alternative Workflow Adapter for the current stable version, that can be activated to replace the default one based on Activiti.

For the sake of simplicity, we have prepared a sample Syncope-based Maven project set up to work with Flowable, which is completely equivalent to its counterpart normally generated from the Maven archetype ordinarily provided by the Apache Syncope project.